Myths and Facts about Yoga, Tai Chi and Qigong 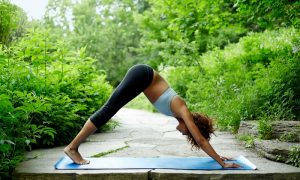 Three of the most popular fitness trends to land in the West since the 1960s are yoga, tai chi, and qigong (pronounced chee-goong). Each one has enjoyed peaks and valleys of trendiness over the years, but all have managed to outlive some of their odder, more faddish competitors (remember sauna suits and toning shoes?).

Unfortunately, market survival and longevity don’t always mean that a fitness regimen is effective or safe; it just means that a lot of people enjoy doing it. The following is a quick rundown of the “big 3” Asian exercise/fitness imports, with common myths dispelled.

Yoga classes and study groups have flourished during the past 50 years. They really caught on during the 1990s, and today every major city in the U.S. and Europe has at least one large yoga studio or teaching facility. Yoga started out as a Hindu spiritual practice, but modern students are usually attracted by the health and fitness aspect of the ancient discipline.

One downside of the trend is injury. Far too many eager beginners attempt to learn yoga without proper instruction and end up with sore backs, strained muscles and worse. Most adults who were raised in Western cultures are just not able to achieve the basic yoga postures in their traditional forms. For example, the so-called “Lotus” posture is especially challenging for beginners.

When properly approached, and under the guidance of a qualified teacher, yoga can help maintain flexibility and even reduce stress levels for daily practitioners.

Myth 1: “It’s not exercise.” The fact is that yoga can help just about anyone develop flexibility, better balance, and core strength.

Myth 2: “Yoga is only for skinny, flexible people.” Nothing could be more wrong. In fact, yoga helps practitioners become flexible, and there is no weight requirement in order to obtain the benefits.

Myth 3: “There are no real medical benefits from yoga.” The truth is that yoga can help alleviate low back pain, anxiety and insomnia.

T’ai Chi Ch’uan is usually abbreviated to its common name, “Tai Chi.” The globally popular Chinese martial art can be used for combat or to improve overall health. Not much is known about its origins, and many of the oral histories are hard to reconcile with each other. It probably began, according to historians, sometime in the 1100s in a Chinese city by the name of Chen.

Nowadays, both Eastern and Western adherents use it as a martial art and an exercise regimen. Sometimes called “moving meditation,” the slow gestures and turns can help improve body flexibility and range of motion in the limbs. Most who practice it say that it helps calm the mind as well as the body.

Like all other exercise imports to the West, tai chi is subject to myth-making. Here are the most common misconceptions about the practice:

Myth 1: “Tai chi started out as a martial art but is now just a form of flexibility exercise.” Yes, tai chi is a very effective form of exercise, but it always has been, and still is, a martial art. Qualified instructors know how to teach both the exercise and fighting aspects to willing students.

Myth 2: “Tai chi is a serious religious practice.” In fact, even though some of the early principles of tai chi came from the Taoist religion, today’s tai chi is not a religion, but an exercise practice.

Myth 3: “Within a month, someone can learn everything about tai chi.” To learn all the forms well usually takes about 10 years, and that needs to take place under the guidance of a competent instructor. Tai chi is a rich mixture of exercise, postures, fighting forms, and physical discipline. For some reason, the “it can be learned in a few weeks” myth has persisted.

For nearly 3,000 years, people in Asia (and now in the West) have turned to qigong for health, long life, and mental calm. The exact meaning of the Chinese word translates as “cultivation of the energy of life.” A complete exercise system that includes meditation, coordinated breathing, specific postures and body movements, qigong is today experiencing a global boom. It is usually practiced in conjunction with other contemplative disciplines and/or fighting arts.

Dating to ancient China, qigong rapidly spread to other areas of Asia and finally to other continents. In modern times, people use it as a kind of organic preventive medicine, exercise system, or even as a curative medical treatment.

There are dozens of ways to begin, and everyone should know that plenty of scientific studies back up the efficacy of qigong. For example, new research has demonstrated that qigong could be an effective way to treat chronic pain. It has also shown much promise as a way to alleviate hypertension and related disorders. Though no large research studies have yet been completed, millions of practitioners turn to the soothing effects and preventive properties of qigong. Like tai chi and yoga, qigong has also fallen victim to a few myths.

Myth 1: “Qigong is a martial art.” Like yoga in this respect, qigong is more of an exercise and philosophical system. There are no qigong sparring bouts or contests, though many martial arts experts are adept at qigong.

Myth 2: “Qigong was invented by the Buddha.” This intriguing tidbit of misinformation has flourished for centuries, but is completely untrue. In fact, qigong existed many years before the Buddha lived. A 5th Century monk known as Bodhidharma did in fact teach qigong to his students.

Myth 3: “Qigong is a religion.” Wrong again. Sadly, many Eastern exercise and meditative practices are claimed to be some form of “ancient Chinese religion.” Qigong has a spiritual aspect, but is in no way a bona fide religion.

Yoga, tai chi and qigong are effective fitness techniques that have helped millions of people. But it is best not to believe much of the advertising hype about weight loss, higher states of consciousness, and “ideal health,” which are term commonly used to sell class and club memberships. To be fair, home-grown exercise routines like weight-lifting and calisthenics also suffer from marketing hype, but that should not reflect on the methods themselves.

The Importance of a Qualified Instructor

The key to any exercise style is finding competent instruction. Always shop around for certified teachers if you are interested in yoga, tai chi or qigong. Many states have standardized testing and continuing education requirements for yoga teachers, and several are heading that way with tai chi and qigong. Find out about costs, teacher qualifications and difficulty level before signing up for a class. And whenever possible, ask to observe one or two sessions before joining.