What does the Bible have to say about health, weight loss and general physical well-being? Plenty, it turns out, and there have been hundreds of books written on the subject.

Especially when it comes to weight loss, there is a cottage industry in Bible-related and derived suggestions about how to drop a few pounds with special diets and other practices.

But, do these methods work, or are they just the optimistic well-wishing of those in search of a magic bullet for weight loss? This sort-of controversial subject has been the focus of huge research studies, long-term testing, and informal experimentation. Here’s how the results stack up: 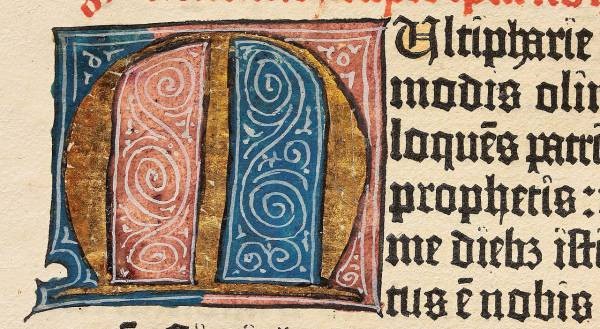 Figure 1: An early, hand-copied version of a Bible verse

There is a wealth of dietary information in the Bible. How much of it applies to modern health and wellness is up for debate.

No, the Bible does not directly discuss “weight loss” as a subject, but there are hundreds of references to various eating disciplines, self control, gluttony, food preparation, and assorted eating regimens. The Bible at times clearly instructs on the topics of how to cook food, clean it, prepare it, and store it. There is also detailed information about “forbidden” foods, celebratory meals, creams, honey, bread, butter and stews. So, there is plenty of grist for the mill, so to speak, in the Bible for anyone who seeks inspired instruction. 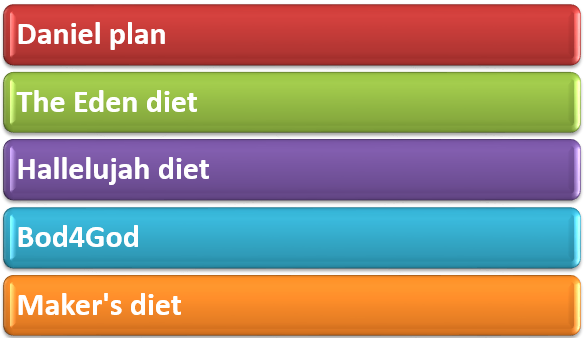 Figure 2: Five of the most popular Bible-based eating plans

There are at least 50 Bible-based diets, fasts, and food-related programs that are partly or wholly derived from the Old and New Testaments. The most common ones have been the subject of books, documentaries, investigative reports, and scientific research. Here are the top Bible-based weight-loss programs and some details about the effectiveness of each one:

The Daniel Plan: As part of a wider range of social connectedness, the Daniel Plan focuses on “all natural” foods of any kind. Those who use TDP for weight loss are encouraged to be part of an active Christian community that includes the “five F’s,” namely friends, fitness, focus, food and faith.

More a lifestyle approach than a diet, per se, TDP is said to work best for weight loss when a person uses a community of Christian support for help, consumes NO man-made or “artificial” foods, maintains proper fitness levels by exercising and staying active, and reads the Bible regularly.

The Maker’s Diet (also known as The Bible Diet): For those who tend to be Biblical literalists, or close to it, the Maker’s Diet is indeed based upon several specific quotations from the Good Book, particularly from the books of Deuteronomy and Leviticus, which are big on talking about “unclean” foods and practices. The Maker’s Diet is the brainchild of Jordan Rubin, who created a more specific 40-day plan from the above-mentioned passages. Rubin says that the diet cured a severe childhood illness he suffered from, but there is no clinical or research evidence to back up any of his claims. In fact, the primary criticism of the diet is that Rubin has no verifiable education credentials.

What you can and can’t eat on the Maker’s Diet: The biggest no-no’s on TMD are anything that was processed with hormones, as well as crabs, lobsters, ham, sausage, bacon, pork of any kind, eels and catfish. You get the picture: these are all considered “unclean” foods according to biblical passages. On the positive side, TMD allows and encourages organic legumes, vegetables and fruits, trout, lamb, salmon, goat meat, and supplements. Here’s the red flag for many people who criticize the diet: Rubin sells dozens of supplements on his TMD website and they aren’t cheap. There is, however, an emphasis on unprocessed foods like brown rice and similar options.

The Eden Diet: The core principle of the Eden Diet is that you should consume food only when you are actually hungry. It’s all about balancing our physical desires with your emotional needs, according to those who follow the plan. Apparently, the body has innate desires for healthful foods and drinks, but these inborn needs get drowned out by learned behaviors and a subsequent “need” for junk food and all kinds of destructive foods.

Using the power of prayer, those who adhere to the diet claim they are inspired and instructed by God to follow their more wholesome, natural attraction to proper food. There is a strong measure of willpower involved, which can be a problem for some.

Those who rely on the Eden Diet for weight loss claim to enjoy the fact that there are no formal food restrictions, and that they are able to learn how to “listen” to the body with the help of prayer. It’s easy to see the role that old-fashioned temptation plays in the diet’s philosophy, because so much Christian teaching focuses on how to handle or overcome detrimental temptation in all areas of life, not just when it comes to food.

The Eden Diet is called a “comprehensive Christian weight loss program,” but it is also a book, and formal system that can be followed for as long as one wishes. You can set weight goals and abandon the diet when you reach them, or use the Eden Diet to maintain your weight at a healthy level and live according to the principles of the plan. Primarily as a book, but also as a life philosophy grounded in Christian belief, the Eden Diet has been quite successful and has hundreds of thousands of adherents.

Hallelujah Diet: This is a diet for Bible literalists, because it takes what the book says about eating and health just as it is written. Many folks who have tried the Hallelujah Diet end up switching to another, less rigorous eating plan for weight loss or long-term health. In fact, it’s accurate to say that the diet is merely a very strict form of vegan eating.

There’s a good dose of exercise involved, as well as supplementation and juicing. Those who adapted the Bible’s advice as the Hallelujah Diet claim that it is “God’s way to optimal health.”

Based on a handful of verses from the Bible, the diet focuses on vegetables, fruits, oils, and saturated fats. It also recommends the avoidance of stress and regular exercise. There are courses, books and hundreds of websites that sell the needed supplements, which give many believers reason to not believe in this diet.

Unprocessed, uncooked, and raw plant foods are the huge majority of the diet’s allowed foods, which is why it is so often compared to veganism. However, there is no Biblical evidence to support the use of dietary supplements, so the Hallelujah Diet appears to contradict some of its own advice about relying exclusively on the Good Book for guidance.

The diet bars the use of sports drinks, alcohol (even though, ironically, wine and similar brews are condoned in numerous Bible passages), carbonated drinks, dairy, real or artificial sugar, eggs, drugs of ANY kind, meat, chocolate, refined grains, and more. It’s relatively easy to see why some die-hard literalists might be attracted to the diet, but even that group can have a hard time justifying all the choices that are contrary to official Bible teaching.

The Bod4God Plan: More a lifestyle program than a “diet,” B4G is built around four (hence the “4” in the title) concepts: honoring God with your body, finding the motivation to change, managing habits, and creating a support system.

The program’s founder, and the author of the best-selling book, “Bod4God,” Steve Reynolds is nick-named the “anti-fat” preacher by the health/wellness media. He dropped in excess of 100 pounds after developing a popular weight-loss system in his home church. For him, there were four keys to success for weight loss, and he has boiled them down into a systematic approach based exclusively on the Bible.

After reaching 340 pounds, he decided he needed to do something, and naturally turned to his Christian faith for an answer. Whether this answer will work for everyone is unclear, but even doubters give the author credit for “walking the walk” and living the principles behind the Bod4God program.

Compared to most of the other Bible-based weight loss systems, Bod4God, despite its somewhat off-putting name, has worked for thousands of people who want to achieve long-term weight loss, lifestyle improvement, and a more optimistic outlook.

Religious weight loss programs always come with the caveat that “it only works for believers,” but that’s not always the case. For most of the plans mentioned above, one could simply follow the dietary restrictions and possibly get the desired results (except in the case of Bod4God, which is more of a belief system than a diet).

Bible-based systems for weight loss are the focus of this article, but it should be noted that every major faith has dietary programs and plans for weight loss, general health and recuperation from illness.

Let us know about your experience with faith-based weight loss in the comment section below or on our Facebook page. It’s always “healthy” to let others see what worked or didn’t work for you.