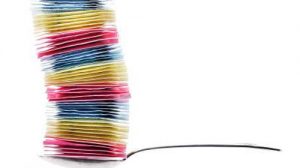 The artificial and natural sweetener markets have been among the most active in the entire food industry. Not only are there media “wars” between the various brands of artificial sweeteners, there are multiple battles among the forces of “natural” vs “fake” sweetening agents.

At least as large and important to the industry as the so-called “cola wars,” the sweetener skirmishes pit giant corporations against each other, government agencies against citizens’ groups, and special interest lobbies against one another.

The best way to get a handle on this complicated scenario, which has been playing out for decades by the way, is to view a simple rundown of what are generally agreed to be the best and worst sweeteners on the market, as least from a health perspective.

The Bad News About Sweeteners

Agave nectar: This sweetener poses a health problem for many people who use it regularly, primarily because it is marketed as “healthy” and a wise substitute for sugar. It is neither. For one thing, agave nectar contains very high amounts of fructose, which must be processed by the liver. When the human body takes in too much fructose on a regular basis, the liver becomes overloaded and produces triglycerides and fatty deposits. Just two of the many negative side effects of that scenario include heart disease and insulin resistance (aka, diabetes). Agave nectar is used in a lot of recipes, especially for desserts. It’s also added to processed foods and beverages.

Aspartame: Aspartame is everywhere. It’s in hundreds of “diet” drinks and low-calorie foods and lurks on store shelves in countless other products. Once thought to be a “good” member of the sweetener family, most of today’s science shows only negative effects of the additive. It can raise blood glucose as much as sugar, and has been shown to produce formaldehyde when it breaks down in the body. That’s a major problem because formaldehyde is closely linked with cancer in dozens of major studies.

Sucralose: Most people know this additive by its brand name, Splenda. Marketed as a safe alternative to aspartame and other artificial sweetening agents, sucralose has the major disadvantage of being an environmental pollutant. Several studies done in Sweden have concluded that sucralose does not break down well in the natural environment and ends up as a dangerous ground water contaminant.

Sugar: People in industrialized nations consume seven times as much sugar as they did only a century ago, about fifty tablespoons per week. Because sugar has such a direct effect on blood glucose levels, doctors typically recommend that most people reduce their intake by at least 50 percent, if not more. Human beings can live quite well on very tiny amounts of sugar. Like alcohol, salt, fat, and baked goods, sugar for the average person is in the category of “less is better.”

For those who simply must have their daily dose of sugar, health professionals suggest using unprocessed or organic varieties. That’s a good way to cut down on pesticides and boost the number of natural, healthful minerals that reside in natural sugar.

HFCS (high-fructose corn syrup): Probably one of the worst of all sweetening agents, HFCS has been around for about three decades. Unfortunately, it is added to all kinds of processed foods. Much of the bread, yogurt and ketchup on store shelves contains HFCS, as do many soft drinks. One of the big problems with the additive is that it has been shown in lab studies to lead to increased appetite. That means the more of it you ingest, the hungrier you get. There have also been studies that demonstrated unsafe levels of mercury in some high-fructose corn syrup blends, which can lead to a wide range of physical problems like heart disease.

There are a few decent alternatives for consumers who like sweetener in their drinks and foods. The key point to keep in mind is that too much of even “good” sweetening agents can have negative health effects.

Products like blackstrap molasses, authentic maple syrup, stevia, and honey are widely available and can provide a tasty boost to foods and drinks. While syrup and molasses are by-products of the sugar-making process, they contain many more nutrients than end-product sugar, taste better (in the opinion of many) and are a good way to wean the body off high daily doses of sweet additives.

Stevia is one of the newer sweetening agents. It is a natural herb that is sold raw and as an additive in many beverages and food products. It is even possible to grow the plant in a standard home garden and use it in tea, coffee, baking recipes and much else. Honey is one of the more nutritious sweeteners when used in moderation. While it does contain fructose, it has abundant quantities of anti-oxidants. Some people who have allergies say that honey works well as a symptom reducer when added to hot drinks or taken all by itself.

The food and beverage industries are well aware that consumers want to cut down on unhealthy doses of sweeteners and increase their intake of more healthful alternatives. Sadly, many big food and drink conglomerates have turned to word games and labeling trickery in order to maintain profit levels and lure in more consumers. One such ploy involves the use of a sweetener called Truvia, which does contain some stevia but also sugar alcohol. Of course, the word “Stevia” is emblazoned on labels for maximum advertising effect.

All consumers who care about their health should read labels carefully and find out what kinds of sweeteners, and how much, are in the products they buy. All the aforementioned “bad” types of sweeteners lurk on store shelves in thousands of common items. It takes a bit of diligence to decipher labels, but the effort is well worth the result.

Artificial sweeteners have their advantages for a small minority of people who are unable to digest any natural versions of sweet foods like sugar, honey and others. However, for many consumers, artificial sweeteners, especially the most popular ones, can lead to all sorts of physical and psychological problems. Consumers should research the topic and decide for themselves whether they want to use artificial or natural sweeteners (or any at all).

For more information: There is a wealth of data at the FDA’s website under the sub-topic called “food additives and ingredients.” The health effects of sugar are discussed in minute detail at WebMD’s comprehensive website. Both the FDA and WebMD regularly feature authoritative investigations into foods, beverages and listed ingredients in all things that end up on store shelves.

Disclaimer: This article is not intended to be taken as medical advice, but is merely a compilation of information resources on dietary practices, and artificial sweeteners in particular. For readers who have questions about their own particular health situations, it is recommended that they visit a doctor and discuss the issue in detail. It is our hope that the above information can be a starting point for individuals who are interested in learning about the role that artificial and natural sweetening agents play in a balanced, healthful dietary regimen.