Is Fasting Healthy or Dangerous? 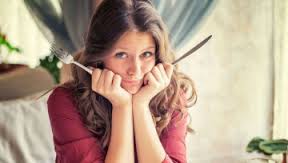 Millions of people all over the world take part in various forms of dietary fasting. For some, that means the total elimination of solid and liquid foods from the diet for a specified period of time. There are, however, endless variations on the definition of the term “fasting.”

And there is a long list of reasons for fasting as well. Some people do so with the aim of improving their mental or physical health, while others use fasts as a way to treat diseases. Aside from physical aspects of fasting, there is also a political angle to the practice; throughout history, people have fasted to bring attention to a cause, as a protest against unjust laws or leaders, or just to attract media attention to personal plights.

Regardless of the reason for taking up a fast, the big question looms: is fasting good or bad for the human body’s overall health? Those who fast for political or religious reasons don’t concern themselves with this query; but for the hordes of modern-day fitness buffs who fast to gain stamina, lose weight, “purify” the body or improve the general state of their health, this question is an urgent one.

What is fasting, and why do people do it?

Loosely defined, fasting is the total or partial restriction of any food or liquid that is normally consumed during the course of a typical day. People have been known to eliminate all sorts of things from their diets for long or short time periods.

In modern times, the huge majority of fasting is done for health reasons, but there are many who still take part in regular bouts of religious fasting. Catholics, Buddhists, Muslims, Hindus, Jews and other religious adherents regularly eliminate certain kinds of food and drink from their diets during religious holidays or in times of mourning. The Bible, for example, specifically lists numerous kinds of fasts and explains the reasons for undergoing the sometimes strict regimens.

Doctors often put their patients on short-term fasts for diagnostic tests that can only be performed after the digestion of food. Still other medical professionals have their clients fast either intermittently or long-term as a way to treat various ailments, to boost immunity or to decrease the negative effects of chemotherapy.

Patients scheduled for surgery are often instructed to restrict their intake of solid food for as much as 72 hours before a procedure, especially if general anesthetics are to be used during the operation. Finally, psychiatrists have discovered that intermittent fasting can decrease the severity of depression in some cases.

There are so many kinds of fasting it is difficult to say outright whether the practice itself is good or bad. When instructed by a physician to fast before surgery, or when eliminating meat from the diet for a few days during a religious holiday, fasting is usually safe and effective for its intended purpose. Unfortunately, more restrictive, voluntary fasts that are something of a modern fad are often risky, and sometimes quite dangerous.

Which fasts are safe, and which ones are dangerous?

Is fasting a smart way to lose weight or cleanse the body? The medical literature has quite a lot to say about the practice. Millions of dollars have been spent studying the pros and cons of fasting, and the results are mixed. In the majority of cases, the longer and more restrictive a fast, the less medical benefit it has. Here are some key points to keep in mind about weight-loss and curative fasts:

Some people should be especially careful even with short bouts of fasting. For example, most doctors recommend that pregnant women should not fast at all. This advice is also given to anyone with kidney or heart problems.

Fasting does have some advocates, but even pro-fasting medical experts point out that it is always wise to get a doctor’s approval first, maintain a healthy diet before and after the fast, and not stay on the fast for more than the recommended time (usually not more than several days, depending on the specific program).

It seems pretty clear, however, that fasting for weight loss is not a wise way to approach any kind of a weight problem. For longer life and better health, the general consensus of the medical community seems to indicate a well-balanced diet, moderate exercise and a positive mental attitude.