You Must Know This When Shopping for Organic Products 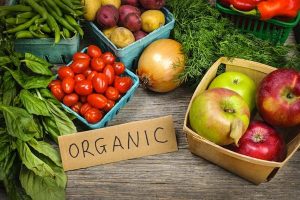 The organic food and beverage market is one of the shining stars of the modern U.S. economy. During the past two decades, as most general grocery categories witnessed moderate growth, or stagnation, organic foods, produce and other products have taken off.

The United States Department of Agriculture (USDA) notes that organic product sales have surged in the last ten years. In 2003, for example, the industry sold about $10 billion worth of foods, beverages and related grocery items. By 2014, the market had quadrupled in size, to $40 billion.

About half of all “organic” product sales include produce sold in grocery stores or at local farmers’ markets. One of the most interesting developments in recent years involves consumers. Just a decade ago, according to USDA, buyers of organic foods were a tiny minority of consumers who did so for lifestyle and philosophical reasons. Nowadays, the trend has gone mainstream. Literally everyone seems to be discovering the advantages of organic produce, packaged foods, beverages and cosmetics.

As in every growing retail sector, there is plenty of misinformation and inaccurate reporting about organic foods. Consumers who want to buy organic goods should know the key facts about this relatively new, fast-growing segment of the retail market.

The two primary questions that consumers ask about organic products are: Is it healthier than non-organic? And, is the higher price of organic products justified? Indeed, one of the most common reasons people give for “going organic” is their personal health. Once they start shopping at the local market for organic produce, they notice the obvious price differences and begin to wonder whether the quest for healthful produce and other products is a smart move.

The Case for Organic Eating

By definition, organic foods are grown in the absence of synthetic fertilizers, genetically modified organisms, pesticides, sewage, and radioactive ions. Organic meats, butter, milk, and eggs are from animals that have never been treated with growth hormones or antibiotics.

So, what is the case for organic eating?

The Ups and Downs of Organic Eating

The most common reason given for not eating organic foods is, “The prices are too high.” There are still huge numbers of consumer for whom the advantages of organic foods are outweighed by price premiums.

Fortunately, as organic produce, cosmetics, milk and other items become increasingly more common, some of the larger retail grocery chains have begun to bring prices more in line with conventionally-produced foods. Many segments of the retail market experience price premiums in the early years of their existence, and organic food is no exception.

One way to reduce sticker shock on organics is to buy from a farmer’s market. Most cities in the U.S. now have at least one such marketplace. Prices at these once-per-week, or oddly-scheduled markets are typically much lower than at grocery chains. This applies to both organic and non-organic foods.

Most consumers who seek out organic foods and beverages tend to blend them in with the rest of their groceries, buying a few organic items here and there, and slowly building up to a “full organic” kitchen when budgets allow.

Consumer tastes have changed drastically in the last three decades. As recently as 1987, there were no major national grocery chains in the U.S. that offered organic products of any kind. Today, about five percent of all food products on store shelves are USDA certified organic; and that number continues to grow each year.