Which Side is Winning the GMO Debate? - Healthy Living Association

Home / All Natural Foods / Which Side is Winning the GMO Debate?

Which Side is Winning the GMO Debate? 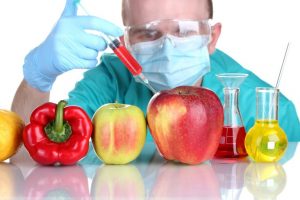 A short visit to the grocery store is all it takes to wade, knee-deep, into one of the hugest controversies in the history of food: genetically modified organisms (GMOs). Technically, GMOs include foods, medicines and animals whose genetic material has been scientifically altered to create a totally new and unique form of life.

GMO science has been around a very long time, but only recently has it been put to widespread use to create heartier, more disease-resistant food crops. The first-ever genetically modified animal was created in 1974 (it was a mouse), and the first GMO plant took root just nine years later, in 1983.

The GMO debate is multi-faceted, encompassing government regulators, food companies, farmers, biotech firms, and the entire scientific community. The current raging bone of contention is whether GMO foodstuffs should be clearly labeled as such. There are other debates about the long-term effects of genetically altered foods on the environment, human evolution, world health, plant resistance to insecticides, and much, much more.

For millions of consumers who believe the jury is still out on GMO foods, a massive cottage industry in “non-GMO” food has sprung up, and it is growing faster than Kansas wheat in a bumper-crop season. Boasting an annual growth rate of approximately 20 percent, the non-GMO food market is projected to reach a staggering $800 billion by the end of 2017.

The U.S., like 130 other nations, has no labeling requirement for GMO foods at the present time, while 60 nations have strict labeling laws. The National Grocers Association, along with some of the world’s largest food producers, have spent billions of dollars fighting labeling laws, while organic food producers and their allies have worked to pass labeling laws in the U.S. and elsewhere.

There are literally hundreds of GMO-related issues being debated in legislative bodies around the world. Here is a synopsis of some of the key issues, on both sides, in this major international debate:

The Four Ps: Some in the food industry point to four key advantages of GMOs, namely profit, price, pesticide elimination, and productivity. Often called “the four Ps,” they are in fact just a few points on the pro-GMO side of the discussion. Other important advantages include increased safety and nutrition.

Profits: Farmers who raise GMO crops have to spend less money on pesticides, and less time on several other areas of plant research, weeding and disease diagnosis. GMO plants are simply much easier to maintain and grow than their non-GMO counterparts. That means higher profits for growers.

Production: Most genetically-engineered strains of food crops offer much higher yields than traditional ones, which means more food for blighted regions, higher yields because of temperature-resistant varieties, and a host of other economically beneficial characteristics.

Pesticide reduction: Most GMO crops are highly resistant to pests, thus farmers end up spending a tiny fraction of their budget on expensive chemicals that are often used to control unwanted insects and other plant-killing bugs.

Price decreases: GMO advocated also note that resistant crops and engineered plants will eventually lead to lower overall food prices. For lower income consumers who struggle to cover the grocery budget, GMOs can be a hugely positive part of the agricultural picture.

Two of the primary, and most controversial, advantages of GMO crops are enhanced nutrition and added safety. While vigorously debated among experts, GMO proponents say that the ability to add nutrients to any plant or crop can help end starvation in parts of the globe where only one or two food crops can be grown. Additionally, creators of GMO strains are able to carefully test their creations in a way that guarantees the crops are fit for consumption by humans.

The Case Against GMOs

There is widespread opposition to all GMO engineering, Most of the objections are based on the idea that genetically engineered plants are a dangerous way to tinker with the environment in hopes of getting a short-term gain, like increased yield or added nutrients.

In fact, some of the newer GMO crops have been shown to be harmful to insects and to cause long-term damage to soil. Even when the engineered crops are removed from an area, it is possible for the new genetic material to remain in it for up to five years. Insects like butterflies are thought to be one of the victims of GMO farming in areas where these insects once thrived.

The genetic engineering of crops essentially changes the entire practice of agriculture as it has been conducted on earth for more than 8,000 years. Adding unique genetic material to the ecosystem could have devastating, unforeseen effects on the world’s soil, plant life and potentially human life.

Already, some strains of GMO crops have led to the development of new weeds that are resistant to existing pesticides. As a result, scientists have had to create unique, original pesticides to eliminate these “super weeds,” and keep them from damaging nearby food crops. This phenomenon is probably the best example of “the law of unintended consequences” as it applies to GMO agriculture; and it is often cited by experts who believe the entire GMO field is fraught with potential danger.

There are dizzying amounts of “evidence” on both sides of the GMO debate, and because of the massive economic impact the industry has already had on the global economy, genetically engineered crops will continue to be at the center of public policy battles for decades to come. One of the central dilemmas, often pointed out by GMO advocates and detractors alike, is the fact that crops can and do cross-pollinate. One farm’s genetically engineered corn, for example, has the potential to create local versions of super weeds and to affect nearby non-GMO crops.

The Future of GMO Foods

GMO products, and the related political arguments about them, will not be resolved in the near future. In many ways, the issue is at the root of a worldwide battle between those who want to take advantage of everything science can offer, and those who wish to tread more cautiously into realm of “artificial” food.

Labeling laws could go a long way toward settling at least some of the key points in the hotly contested argument about the future of humanity’s consumable food and drink. For at least the next several years, the GMO debate will likely remain focused on issues about labels, disclosure, and corporate honesty.

For more information: Consumers who want to learn how to shop for non-GMO foods should have a look at the Whole Foods guide, “How to Shop if Avoiding GMOs.” Even though the document is geared to Whole Foods stores, most of the information can be adapted and used at other grocery chains.

The Food and Drug Administration (FDA) offers a comprehensive explanation at its website, entitled “Foods from Genetically Engineered Plants.” The document contains a wealth of data about how the FDA regulates GMO products and what consumers should know about the topic.

For those who would like to read a balanced treatment of this complicated issue, the book “Food, Inc.: Mendel to Monsanto–The Promises and Perils of the Biotech Harvest” examines both sides of the debate, discusses the promises of GMO foods, and honestly looks at the many dangers involved with all kinds of environmental tampering.