Home / All Natural Foods / The Truth About Matcha Tea

The Truth About Matcha Tea 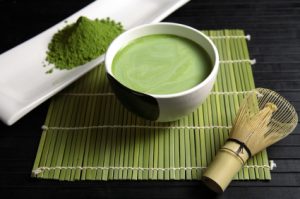 The Japanese powdered tea known as matcha is a unique beverage in many ways. Not only is it one of the most nutritious natural drinks in existence, it was, until relatively recently, unknown outside its native Japan.

And unlike all other teas, matcha uses the entire tea leaf, grinds it into a powder, and then dissolves it in hot water. That’s one reason matcha contains so many nutrients: consumers are drinking the entire plant. In the past decade, matcha tea has become one of the biggest marketing success stories in the West, with the U.S., Europe and South America now counted among Japan’s biggest export destinations for the pricey, bright-green powder.

Here are some key facts about matcha tea for those who want to try it out and learn about its many health benefits (and even a few disadvantages):

The downside: Matcha brands vary greatly in taste. Some are quite bitter and don’t please the Western desire for “sweet” drinks. What might be a big hit among the Japanese, some of the matcha brands just don’t taste good to Americans and Europeans.

Matcha is still relatively hard to find in local U.S. markets and can be very expensive when ordered online direct from Japan. In general, a hot cup of homemade matcha tea will cost about $2 per cup. Compared to home brew coffee that comes in at about one-tenth that amount, matcha tea can be an expensive habit.

Authentic Japanese matcha tea contains caffeine, which is a problem for many tea enthusiasts. It’s common for ex-coffee drinkers to turn to tea as a lower-caffeine alternative. Matcha contains about as much caffeine per cup as coffee, so consumers need to take that into account.