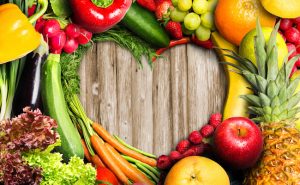 Some marketing analysts are already calling 2017 the “year of veganism,” but it’s probably too early to know whether they’re right. One thing is certain, the entire food industry has been awash in non-animal products and recipes like never before.

In the last two years alone, the rise of vegan recipe books, cooking shows, national trade fairs, and other events has been hard to miss. This trend is the full flowering of a long, slow vegetarian trend that began sometime in the 1990s. Vegans don’t eat any animal products, while vegetarians consume eggs, cheese, butter and a few other non-meat animal items.

Animal-rights activists have already officially dubbed 2016 as the Year of the Vegan, and the folks at PETA (People for the Ethical Treatment of Animals) are hoping 2017 continues the sentiment. Indeed, more consumers are avoiding animal-derived foods for all kinds of reasons. Veganism is not only about avoiding cruel treatment of animals but highlights the issues of health and environmentalism as well.

Note that vegan food trends are not confined to those who consider themselves non-meat eaters. As veganism becomes more common, numerous meatless food choices are making their way into the national diet. Here are the ones currently making the biggest splash:

Seaweed: What many call the superfood of the decade, seaweed has replaced kale as the environmentally friendly item of choice. It is loaded with iodine, “good” fat, antioxidants and fiber. Also a sustainable food, seaweed is taking the culinary world by storm and is set to be the new favorite of upscale restaurants that cater to vegetarians and vegans.

Carrots: Now making a major comeback after a century-long lull, carrots are the go-to additive in dozens of vegan dishes. They possess several advantages in that they’re easy to cook or steam, can be eaten raw and work as flavor-balancers in all sorts of more complicated meal plans.

Fermented foods: Sauerkraut is probably the best-known of the traditional fermented foods, but other members of this category are making waves. Hard to spell choices like kombucha, kimchi, and miso paste are everywhere, as is tempeh and dozens of other acidic-tasting fermented edibles that are said to aid the health of the digestive system. Because of their sometimes pungent flavors, fermented foods are typically combined with more palatable fare. Nevertheless, the entire fermented food family is cropping up on menus and in grocery stores all over the U.S. and Europe.

Fried fill-in-the-blank: Breaking out of the potato stereotype, fried everything is a popular alternative on fashionable restaurant menus as the decade enters its final years. Even mainstream national eateries now offer taro fries, mushroom fries, polenta fries, fried avocados and fried zucchini sticks. While a few of these offerings have been around for a while, the new frying trend truly encompasses a whole range of vegetables.

Nutri-yeast: Chefs are talking about one of the most in-demand food additives of the year: nutritional yeast. It’s sort of like a cheese substitute less the fat and bad stuff and with an extra helping of protein and authentic flavor. It looks like melted cheese, and is typically added to pasta, popcorn, pesto, potatoes and anything that usually gets topped with cheese. There’s even a “nutri-nacho” recipe that replaces the cheese with liquid yeast. Devotees claim that it tastes much better than the sound of its name.

Powdered maca: For centuries, maca powder (an herb grown principally in the highest regions of the Andes) was used to boost human fertility, but nowadays it is finding its way into smoothies, juices and every kind of drink on a standard restaurant menu. Fertility aside, maca powder is another natural superfood that boasts massive amounts of iodine, potassium, protein, vitamins, amino acids, fatty acids and calcium. And it doesn’t taste half bad either. Its earthy, butterscotch flavor is subtle and carries a hint of walnut aroma.

12-hour oats: This is a perfect example of a very old food preparation method that has gained traction from the “back to basics” philosophy of veganism. When refrigeration was new, people took advantage of the new devices by mixing up their raw oats with milk and setting a glass jar full of the stuff in the frig for the night. In the morning, they merely pulled the jar out and enjoyed a ready-to-eat oatmeal. The new twist is to add vegan milk or soy milk to a half cup of oats and toppings. This fresh trend is getting lots of airtime online and at photo-sharing sites.

Root-and-stem eating: The “nothing goes to waste” philosophy is the mother of this new trend. Using an entire plant or vegetable is all the rage in upscale eateries on the East Coast and in California (naturally). Broccoli crowns coupled with stalks, cooked or steamed, are one of the most common variants of the practice, as are whole, unpeeled carrots. The telltale sign of root-and-stem dishes is a plant stem. Don’t push it aside; it’s part of the meal. Chew carefully!

Cashew cheese (and all nut cheeses): The vegan substitute for cheese is nut butter made to look and even smell like cheese. This new culinary trend is really taking off in restaurants and retail groceries. Without question, the king of the nut-cheese hill is cashew cheese, probably because it tastes great and is extremely nutritious. The Japanese have been eating this stuff for years and are at the forefront of the cashew-cheese “movement.” Look for gourmet versions in the dairy case at fine food stores and be ready to deal with gourmet pricing.

Pros and Cons of Veganism

People eat animal-free foods for a number of reasons, and advocates often tout the healthful benefits of veganism. What does the medical community think about strict vegan diets?

Veganism alone does not automatically make one healthier. Doctors and nutritionists warn vegans that animal-free eating is not a cure-all for life’s standard ailments. Vegans still get sick, contract diseases and die young. The important thing to remember, experts warn, is that veganism must be accompanied by general fitness and exercise habits to make any sense as a dietary practice.

PS: This is a great way to get vegan-friendly protein and greens in about 23 seconds of prep time.