Treatments with Cannabis: Here's What You Need to Know - Healthy Living Association

Home / Health Products / Treatments with Cannabis: Here’s What You Need to Know

Treatments with Cannabis: Here’s What You Need to Know 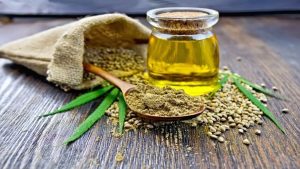 Cannabidiol (CBD) supplements are one of the newer products offered in the health marketplace, both online and in retail stores. Because the active chemical in CBD comes from the same plants (cannabis sativa and cannabis indica) that produce marijuana, there has been a massive amount of misinformation, myth and misunderstanding about CBC use, legality and efficacy.

Without getting into a highly technical scientific discussion, it should be known that CBD supplements purchased online or at retail outlets are legal for U.S. consumers, have been approved for sale by the Food and Drug Administration (FDA), and have been shown in some lab studies to help ease symptoms of arthritis and to decrease generalized anxiety.

As for the wide-ranging list of other maladies that CBDs are said to treat, the scientific jury is still out, as the substance is still in the early stages of large-scale testing. Within a year or two, look for reams of scientific data to be published on CBD uses, possible side effects (so far there are no known problems with the supplement), and long-term potential.

For consumers who want to learn about CBD, it is best to start out by dispelling some of the “urban legend”-type myths that are currently floating around. Next, it’s wise to learn about the many different forms of the substance (capsules, oil, etc.), the various concentrations, and what the state of the current research is.

How to Purchase CBD:

Dosage: There are no “FDA-approved” dosages of CBD, but a very common starting point for arthritis sufferers is between 1 and 5 mg per day. In order to get the full benefits of CBD supplements, it is generally recommended to take them every day, as one would a multivitamin.

Forms: CBD comes in all kinds of forms. There are gums, tinctures, capsules, vaporizer systems, topical creams, and oils. Many arthritis sufferers use the topical creams directly on the point of muscle soreness or stiffness. While creams take a bit longer to be absorbed through the skin, they are an efficient way to get the CBD right to the source of the pain. (Creams also tend to be among the more expensive forms of CBD products).

For those who wish to calibrate their daily dosage, oils are probably the most convenient type of CBD product. Oils can be mixed directly into drinks, vaporized, or even added to a salad. Gums and capsules are convenient and commonly sold, but tend to come in rather high doses for those just starting out with CBD, and can’t be calibrated for dose level as easily as oil products can.

There is much ongoing research in the field of cannabidiol benefits and side effects, though it has been very well established that the substance is not harmful. The main question, that all the research is focused on, is how CBD helps the human body.

In addition to the anti-anxiety and arthritis relief already mentioned above, some researchers think that CBD can play a role in cancer prevention and treatment, as well as provide relief for diabetics, epileptics, and people who suffer from some symptoms of psychosis. There are also claims that CBC helps with generalized body pain and nausea.

With supplements that are still in the early stages of availability, as CBD is, it pays to compare prices and shop around before choosing a source. Prices vary widely and there are a few unscrupulous sellers out there who distribute so-called CBD products that contain almost no CBD at all. As with all dietary supplements, it is best to speak with your own health care professional before adding anything to your daily intake regimen.

Do research, get the facts, and decide whether CBD is right for you. And because this product is relatively new to the health supplement scene, be on the lookout for fresh research as it becomes available. If early indications mean anything, CBC could be poised to be a useful and popular addition to the many healthful dietary supplements that are already on the market.

So what do you think, will you consider CBD for medicinal uses, or is it still the ‘devil weed’ to you?

Let us know in the comments…