Have you ever wondered about all those faith-based dietary programs that are followed by billions of people every day? In the U.S., there’s not as strong of a tradition in this area, so traditions like kosher and halal eating are not that well understood.

The other question is whether these dietary traditions are good, from a medical standpoint. It’s a fact that the majority of kosher foods sold in the U.S. are purchased by people who aren’t members of the Jewish faith. And halal, the Muslim version of kosher eating, has been enjoying a surge in popularity on the East and West coasts of the U.S., outside the Muslim communities there. 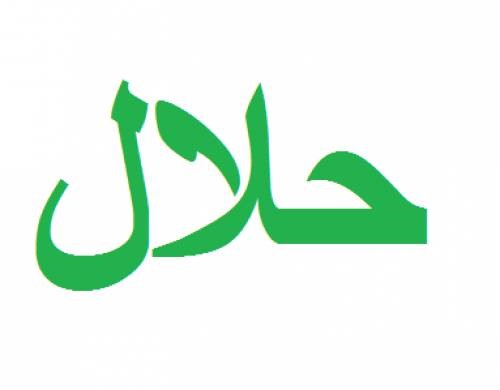 Figure 1: The halal symbol appears on many foods in U.S. grocery chains

What are the reasons for these seemingly strange developments, and what are the facts behind kosher and halal eating? Admittedly, there’s not as strong of a tradition for Christians, except as represented by some of the Bible-based programs that have sprung up in the last 25 years. In the West, there are so many different Christian sects it’s hard to point to one Bible-oriented dietary plan that is representative of the entire group, as can be done with halal and kosher eating.

Here’s a quick rundown of the major components of kosher, halal and Bible-based eating systems, with some scientific facts about each one. 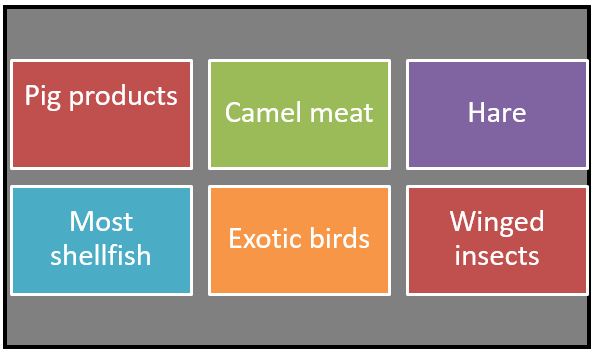 Figure 2: Some “forbidden” foods mentioned in the Bible

Unlike Jewish and Muslim traditions, there is no single Bible-based dietary program, but the Good Book is full of suggestions and references to healing properties of various foods and plants. Indeed, the New Testament seems like a guidebook on how to prepare, clean and consume certain foods in a spiritual way. In general, the Bible divided foods between unclean and clean categories (see the graphic above), putting pigs, camels, shellfish, and insects in the unclean folder, while most everything else was okay. Almost all fruits, anything that grew on a shrub or bush, and the “clean meats” all got the green light in Biblical stories. The clean meats included almost all animals except pigs and camels.

Here are some of the more frequently-mentioned foods in the Bible, all of which were said to have medicinal or healing properties. Modern medical science backs up these claims in most cases.

Olive oil: Olives and the oil derived from them play a huge role in Biblical eating. We know that olive oil assists with joint and bone function, skin health, brain maintenance, and heart health. Apparently, ancient cultures knew that olives were powerful medicine.

Besides being used as a form of money in some areas, olives and olive oil heated homes, lighted lamps, were made into soap, used as cosmetics and eaten with most meals in ancient times.

Grapes, especially fermented grape juice, are everywhere in the Bible. Today we know that red wine is good for the heart, aids in disease prevention, helps fight obesity and can be used to treat diabetes. Biblical people drank wine in most every sacred ceremony, used it as a way to anoint certain leaders, and even traded it as a form of hard currency.

Flax and pomegranate are two other foods that are popular today and were mentioned in the Bible. Flax was eaten and used as the main source of fiber, while pomegranates have been considered a delicacy for thousands of years. In the last decade, it seems like Western cultures have begun to rediscover both of these Biblical superstars.

Book: “Cooking With the Bible”

This gem of a cookbook offers detailed recipes for 18 separate Bible-based meals, each one taken from a specific story. Along with lengthy explanations about the theological significance of each feast, the author explores how the food was prepared, where it came from, and who ate what. In Biblical times, the invitation to share a meal in someone’s home was a serious, almost sacred form of social interaction. The modern term, “breaking bread” with someone has its origin in Biblical times.

The term “kosher” is often misused. It refers to what an observant Jew may or may not consume, based on how a certain food is prepared. Much more than an eating style or type of cuisine, kosher refers primarily to preparation, rather than to the foods themselves.

There are, as with halal and Bible-based eating, a handful of “forbidden” items in kosher eating, like rodents, pork, and all forms of shellfish), but most any variety of food can be prepared to be kosher.

A whopping 85 percent of kosher food sales in the U.S. are accounted for by people who are not Jewish. Consumers seem to gravitate toward kosher items because of the careful way the foods have been prepared. One illustrative example is this: Jewish dietary laws strictly forbid the consumption of insects, thus all kosher-labeled foods are carefully screened for cleanliness before sale. If you want clean food, buy kosher, goes the reasoning.

Kosher labeling is also strictly controlled. If you are a vegan or vegetarian and want to eat kosher foods for the cleanliness factor, you’ll be happy to know that the word “pareve” will appear on a kosher label to indicate that the enclosed food contain zero meat or dairy, and has not even come in contact with appliances or machines that were used to prepare dairy or meat-containing items. Some research has shown that vegans account for a large percentage of kosher food sales in the U.S.

Note that kosher meats tend to be a bit more expensive than non-kosher varieties, but aren’t necessarily of better quality. The kosher label on meats means simply that they’ve been prepared according to a specific set of laws, not that they’re better.

If you want to learn what the modern kosher craze is all about, this book is an ideal place to begin. Kim Kushner has amassed a huge collection of kosher recipes from all over the world. There are some for special occasions, but the majority of the recipes are just simple, delicious, and easy-to-prepare meals that offer a modern twist on some traditional favorites.

Appetizers, main courses, desserts, and after-dinner drinks are all on the menu, and Kim’s easygoing style makes the book fun to read. Much more than a cookbook, the pages are full of interesting stories about how the dishes originated, mysterious legends about ancient feasts, and hilarious retellings of legendary “kosher” stories that have withstood the test of time. Anyone who enjoys a side-dish of humor with their cooking will love this book.

Halal eating should not be confused with a standard “diet” for losing weight, though it is easy to incorporate an all-halal program into practically any weight-loss plan.

Halal eating is the officially approved method of food preparation and consumption for all members of the Muslim faith. The entire philosophy of halal is built around the idea of avoiding self-indulgence and avoiding over-eating. Forbidden foods include anything that contains alcohol, pork, lard, blood, seafood without scales.

Muslims often refer to halal as an “eating plan for an entire way of life.” Many people who are not Muslims view halal eating as too strict, but there are actually a huge variety of healthful and delicious foods within the confines of halal cooking. Most daily meals for families include fish and vegetables. A standard halal breakfast might consist of peppers, onions, eggs and spinach, while a typical lunch might include a vegetable and fruit salad with or without vinaigrette or olive oil. A common dinner might be centered on a main dish of roasted salmon.

Halal eating is gaining in popularity in the U.S., especially in Southern California, Minnesota, and on the East Coast. Not all of the growth is accounted for by Muslim populations. Like kosher foods, halal dining has become popular with those who want to experiment with the eating systems of other cultures, for reasons of cultural curiosity and health.

Yvonne Maffei runs the My Halal Cooking blog and wrote this book as an accumulated reference for some of the recipes she showcases online. The emphasis is on how diverse the halal cooking style can be, and includes hundreds of recipes from the old and new world, from remote and urban areas, and practically every nation on earth. Halal eating focuses on the value of food as a nutritional substance, and emphasizes the avoidance of over-indulging.

For the faithful, Yvonne’s book explains how to substitute halal ingredients in common recipes that are non-halal. One of her main points is how halal cooking is “earth-friendly” and can be easily incorporated into a clean-eating and holistic lifestyle. Organic ingredients play a key role in the recipes, which makes the book an ideal choice for just about anyone who wants to experiment with halal cooking.

More than 2 billion people in the world currently follow either a kosher or halal dietary regimen, and the number is growing. The odd thing about the new adherents is that many of them are neither Jewish nor Muslim, but people who are attracted to halal and kosher eating for health reasons.

If any of these subjects are close to your heart, feel free to leave a comment below or on our Facebook page. It’s always instructive to find out what people eat, and why they follow particular programs, whether faith-based or not.