The Truth About Red Meat 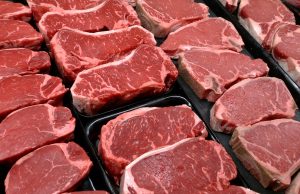 For some time now, the news about eating red meat has seemed to be all bad. Research has been quoted about how there is such a strong connection between eating red meat and developing cancers, diabetes, and other life-threatening diseases.

But is that really true?

The research that is so often quoted has often been observational research that has asked people to remember what they ate. Other, more rigorously scientific research into the effects of red meat on health has been very short-term and with small samples.

Both of these kinds of research have problems regarding whether their findings can really be applied to all people.

For example, a study conducted by the National Institutes of Health and AARP studied a half million people and concluded that those who ate 4 ounces of red meat a day over a ten-year period were more likely to die of heart disease or cancer than those who ate a half ounce of red meat per day. The epidemiologists who did the study said the risk for those eating the higher amount was ‘modest’.

It sounds like a strong connection between eating red meat and an increased risk of dying. But what other things could have happened in that ten-year period that could account for the increased risk? Nobody knows.

Another study followed 72,000 women for 18 years. These women ate what has been called the ‘Standard American Diet’ of red and processed meat, refined grains, desserts, and French fries. They had an increased risk of developing heart disease, cancer, and death from other causes.

The conclusion was there exists a strong connection between consuming red meat and processed meat and developing cancer, especially colorectal cancer.

However, no controls for eating things other than red meat were in this study. Once again, no one knows what other things may have led to these women developing life-threatening illnesses, either.

Other experts have pointed to numerous studies making the same kind of link between eating red meat and developing cancer and heart disease.

But many, if not most or all, of these studies make the same experimental mistake. They say these studies prove eating red meat causes cancer and heart disease. Not so.

The studies only show what researchers call correlation. That is, two things happen in the same time period. In this case, eating red meat and developing cancer or heart disease.

There is a saying among researchers that holds true here: Correlation does not mean causation. Eating red meat during the same time period that someone develops cancer or heart disease doesn’t mean the red meat caused the disease.

And the other things that happen during the time period studied in each instance aren’t accounted for. These are called ‘confounding variables’ and must be taken out of consideration for any good evidence for causation to be proved.

Even research from the International Agency for Research on Cancer, an arm of the World Health Organization, falls prey to these kinds of shortcomings. This agency has labeled unprocessed red meat as ‘probably carcinogenic’, meaning it has a high risk of helping cancer develop.

But this finding is based on observational studies and has the same shortcomings. There is limited evidence, meaning there were no controls over confounding variables. The risk of developing cancer from eating even processed meat is small. If red meat is eaten along with a healthy diet with fruits and vegetables, there is likely even lower risk.

What may be even more important from this research is the IARC’s finding that there are known health benefits from eating red meat.

Then there is what is called the ‘healthy user bias’ that must be considered. This means those people who eat less red meat because of the negative news about it over the years probably also eat more healthy overall and have more healthy lifestyles. This bias likely makes a difference in those observational studies so often quoted regarding red meat.

Very different results from more controlled analyses of studies about red meat have been reported by the National Institutes of Health. These results say the studies analyzed have been scientifically weak, have not had solid statistical analysis, and have not taken the confounding variables into consideration. In short, none of these studies have shown a positive association between eating red meat and developing cancer, especially colorectal cancer.

Saturated fat has also been labeled as a culprit in eating red meat and developing heart disease and increasing the risk of heart attack. But almost every observational study on this subject that has been scientifically strong has found no association between the two. Any relationship that has been found has been very small.

In fact, eating red meat has been shown to have significant health benefits. Researchers at Oxford University in the United Kingdom found only a few links between eating red meat and dying early. Once they divided the group they studied into two groups, one consisting of people aged 50-65 and the other 65 and above, some different results emerged.

In the younger group, those who had red meat as 20% of their diet had a 74% increased risk of death. But for those in the over 65 age group, eating red meat had what looked like a protective function.

The researchers believe the protein in the red meat controlled a growth hormone, IGF-1, that helps bodies grow but has been linked to cancer. As people age, normal levels of IGF-1 decrease. This can lead to older people becoming frail and losing muscle mass. Eating red meat protein can help protect older people from contracting diseases and becoming frail.

Research from Purdue University showed eating red meat in the context of a Mediterranean- type diet posed no health risk on the heart. This research, and other studies, strongly suggest choosing the right kind of lean red meat and eating it along with a healthy diet will not be harmful to a person’s health.

Red meat has definite benefits for your health. It is high in iron that is absorbed easily by the body. This can be very helpful for women in young adulthood and for teenaged girls.

Vitamin B12 is plentiful in red meat. This vitamin aids in keeping nerve and red blood cells healthy and helps make DNA.

Zinc is also found in red meat. Everyone needs a sufficient amount of zinc to keep a healthy immune system.

The protein in red meat helps build muscle and bones. This is very important as people age and begin losing muscle mass naturally.

According to research from the National Cattleman’s Beef Association, eating 3 ounces of red meat gives you 180 calories, but you also get 10 essential nutrients.

Overall, it appears you don’t need to cut out red meat. You do need to choose lean meats and eat smaller portions along with fruits and vegetables. Government guidelines suggest no more than 5 to 6 ½ ounces of good, lean protein daily. This means eating about as much red meat as in a 3-ounce McDonald’s hamburger.

Something to watch out for: cooking red meat at high temperatures can cause compounds in the meat that can lead to cancer. These compounds are heterocyclic amines (HCAs) and polycyclic aromatic hydrocarbons (PAHs).

What can you do to cut down the chance of this happening when you cook red meat? Here are some ideas.

When you’re going to grill your red meat, be sure to use lean cuts to reduce flare-ups that can cause those compounds mentioned above. Heavy smoke can also produce the same kinds of compounds and leave them on the surface of your meat.

Try grilling red meat over medium heat or indirect heat. This should cut down on flare-ups and won’t overcook your meat. Both frying and broiling also involve high heat levels, so avoid these if possible.

Since well-done meat has more of those compounds that cause cancer, don’t overcook your red meat. You do have to be sure the internal temperature of the meat is high enough to kill bacteria that can harm you also. For steaks, this should be 145 to 160 Fahrenheit. If you’re grilling burgers, cook them to 160 F.

Marinating red meat is a good idea. The marinade, if it is made without sugar, can lower the chance of developing those cancer-causing compounds. A marinade with sugar can cause flare-ups, charring the surface of your meat and potentially causing more of the compounds.

Turn your meat often when grilling. Use a spatula or tongs so you don’t pierce the meat and allow juices to run out, causing flare-ups.

You also can try not grilling as much meat. Try kabobs instead, with vegetables and fruits. The cancer-causing compounds have not been linked to grilled fruit or vegetables.

Try cooking red meat in your oven or microwave before finishing it on the grill.

Despite the years of reporting that red meat is strongly linked to giving you cancer, there is no scientific evidence that shows this to be true. Eating red meat even has health benefits. The key is to eat it along with a healthy diet of fruits and vegetables. So, don’t worry about craving a good, lean steak. Eat it and grow healthy.

The Truth About Red Meat  https://www.webmd.com/food-recipes/features/the-truth-about-red-meat#2

Red Meat: It Does a Body Good! https://chriskresser.com/red-meat-it-does-a-body-good/

The truth about meat, according to scientists  https://www.telegraph.co.uk/health-fitness/body/meat-health-truth-science-food-nutrition-vegetarian/