The Truth About 6 New Exercise Trends 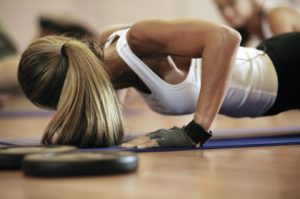 In the world of exercise and fitness, each new year brings dozens of new ideas, hot trends, clever brand-name workouts, odd-looking contraptions and old (sometimes ancient) physical regimens disguised as new ones. As 2017 hits its stride, we’ll take a look at the 6 fresh exercise trends that have stuck around for at least a few months, and try to determine which ones have staying power.

“Super” Swimming: Pool workouts are one of the trendiest new wrinkles in gyms all over the U.S., due in large part to the success of American swimmers at the most recent Olympic Games. For 2017, it’s not just about laps, but in-water workouts, sprint-swims, timed courses, and tethered resistance swimming. Basically, the pool has replaced the gymnasium as the main exercise center. One great advantage of swimming is that anyone can do it. That’s why so many gyms already have water aerobics classes for seniors, beginner swim lessons for small children, and in-water net sports like volleyball and basketball.

Verdict: The current mini-boom for swimming is actually just a new wrinkle for a very dynamic, versatile form of exercise. Swimming has been popular in gyms for decades and will continue to be the main form of exercise for those who prefer water to land.

Groove: The dance craze that’s sweeping U.S. gyms is called Groove, a looser, less structured form of what older people remember as Jazzercise. To give Groove its due, however, one should know that it was invented by a professional dancer named Misty Tripoli, who wanted it to be a way for anyone of any size and age to enjoy movement. Classes are done to music but there is no structure to the motion. The only rule is to keep moving.

Verdict: Groove seems like a fun idea and will certainly appeal to those who want to do some freestyle dancing and jumping around as a cardio workout. Whether the classes catch on and have staying power is anyone’s guess. There was something in the 1960s like this called “freestyle” but it vanished without a trace. Maybe Groove is its reincarnation!

Katami: Named after its inventor Paul Katami, this vigorous workout is like Jane Fonda’s old video routine taken to its logical, extreme conclusion. Done in groups on a gym floor, or at home in front of your TV, the Katami workout involves a serious of old-school calisthenics that work the core, upper body, lower body and cardio system.

In a way, Katami is a very ingeniously designed interval workout that hits all the key body parts and delivers the goods. Right now the Katami workout is only a DVD product but it’s generating a lot of media attention and will inevitably wind up on the fitness club curriculum. Warning: Katami is an intense workout for people who want a full-body fitness experience.

Verdict: The fitness market is pretty saturated with DVDs like Katami, not to take anything away from its inventor. If it catches on in gyms and clubs, there might be a solid market niche for it, but it is partially limited by its vigorous nature.

Bokwa: One of the biggest hits in Europe (but so is David Hasselhoff), Bokwa began in Los Angeles, where a fitness instructor combined a standard cardio workout with some cool South African dance moves. Bokwa students are encouraged to create their own dance steps as long as they keep moving (see Groove, above). In fact, Bokwa and Groove are not the only “make up your own dance” aerobics classes. There are several others, attesting to the popularity and endurance of bare-bones aerobics as a form of whole-body exercise.

Verdict: Based on its current popularity in Europe, and its trendy name, Bokwa could take off in the U.S., but there is plenty of competition. Time will tell.

High Intensity Interval Training: The HIIT trend has been around for a while, but is finally settling in to gyms all over the U.S. There are dozens of HIIT workouts, some on bikes, some in the water, and others on a gymnasium floor. The above-mentioned Katami is actually a form of HIIT because it has short rest periods between the hard-core exercise bursts.

HIIT can be viewed as a repackaging of very old types of circuit training. Spinning, rowing, and running all have their HIIT variations, so there’s really nothing new about this “trend” except for its appearance in hundreds of mainstream gyms and fitness clubs across the U.S. in 2017.

Verdict: HIIT has already withstood the test of time and even though it is limited to the higher end of the athletic demographic (in terms of ability) HIIT will almost certainly survive 2017 and many more years as a key part of the fitness scene in the U.S. and elsewhere.

Gadgets galore: This is the dawning of the age of exercise gadgetry. There have always been a few assorted fitness tracking devices, but the explosion in recent months has been like nothing else. Ushered in by FitBit and other very high-tech pedometers, few exercise enthusiasts have been able to miss the gadget craze. From heart-rate monitors, wearable computerized devices, and portable entertainment systems, the “tech invasion” of physical fitness is now in full bloom.

Verdict: People can’t seem to get enough of workout gadgetry, so it will be interesting to see what the next phase is in this enduring trend. Final answer: There will be more and better gadgets to come.

Final Thoughts about the 2017 Fitness Fads

In Asia, one of the most popular “new” exercise trends is also one of the oldest forms of human movement: walking. The “10,000 steps per day” idea began in Japan in the 1960 and is now spreading to the West. This trend is a perfect example of a very old type of workout repackaged and adapted for modern technology.

The FitBit device and similar products let anyone easily keep a count of their daily steps, thus it’s a simple task to check the device each evening to see how much you’ve walked that day. Walking, yoga, calisthenics, weight lifting and jogging seem to reappear in slightly altered forms every few years, usually labeled as a “hot new” workout.

The Centers for Disease Control and Prevention (CDC) recommends about 150 minutes of moderate physical activity per week. Keeping that number as a guideline, and adding or subtracting from it as personal needs demand, is a smart starting point for anyone wanting to get the right amount of exercise.

According to the CDC, new fads and trendy exercise routines might be fun and a great way to socialize, but there is no substitute for basic bodily movement, good eating habits and a healthful sleep routine. As long as those essential requirements are met, why not try the newest form of yoga, dancercize, or weight training. As the field of physical fitness proves, year in and year out, there is nothing new under the sun.