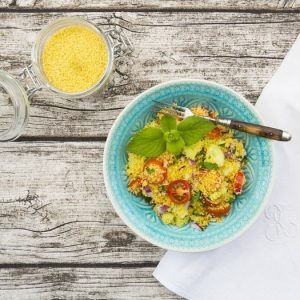 The culinary market is in a state of transition that began in the late 1990s. Consumers are now more informed about what’s in their food, how it is grown, and how it can affect their long-term health. Vegetarianism and veganism have had a lot to do with many of the new food trends, but meat is actually making a comeback of sorts as well. And a handful of the top nutrition trends for 2017 are probably more fun and flavorful than nutritious, truth be told.

In no particular order, here are some of the food choices that will continue to gain traction in 2017. Several of them have been around for a few years and are just beginning to bloom, while others are just coming into existence:

Watermelon water: With its combination of refreshing taste and powerful nutrients like lycopene, potassium and natural sugar, watermelon water is giving its coconut rival a real challenge. Wonderful for hydration and packing a wallop of antioxidants, watermelon water’s potassium can help to regulate blood pressure as well. Advocates of the newest drink on the block say it makes a perfect post-workout cooler and an ideal alcohol alternative.

Butter: In light of scientific studies that point to the dangers of artificial butters and margarines, real butter is making a comeback, especially the organic variant. For one thing, it takes less to satisfy the appetite, contains no chemicals and in small amounts is considered a healthy food. The restaurant industry is already embracing this trend as once-scarce pats of real butter are magically starting to reappear on diners’ plates.

Goat meat: This might be a one-off practice that goes the way of Pop Rocks and Steak-umms, but goat meat is truly more nutritious than beef, plus it contains very little fat, is higher in protein and iron than most other animal meats and goats are much easier on the environment than cattle. Goat meat does not taste like chicken, contrary to the old joke. In fact, it tastes a lot like lamb, but with an earthier, chewier texture.

Less sugar, but more natural sweeteners: Honey and natural syrups are taking the place of processed sugar, which is certainly the new “bad guy” in the modern nutrition landscape.

Soups: Soups might just replace smoothies as the “fit” meal of choice. Advocated by medical groups and nutritionists, soups combine the great taste of smoothies but incorporate much more fiber and whole foods that are often lost in the juicing process. There’s also a social element to sitting down and slowly eating a soup, with a spoon and taking one’s time to do so. The soup trend is actually part of a larger social trend toward minimalism: fewer possessions, smaller living spaces, sparer diets, simpler lifestyles and less complicated lives.

Fruity desserts: Harking back to an early 20th century staple, all-fruit desserts are making a comeback after decades in obscurity. The new twist is exotic combinations and exotics in general. High end restaurants are serving Japanese and Chinese fruit desserts that consist of mango, grapefruits, cherries and a long list of unpronounceable Asian and Indian offerings. Sometimes soaking in their own juices, many are served nearly-frozen or with added nuts for crunchiness. Again, this mini-trend is part of the larger “back to basic health” movement that has been gaining ground for two decades or more.

Protein consciousness: There has been a wealth of medical and scientific research about the need for protein among middle-aged populations. For the first time in decades, high-quality protein is being given its rightful place in the dietary scheme of things. Essential for brain function and countless other bodily functions, protein awareness is a nutrition trend that will probably expand in scope and become part of the national consciousness over the course of the next decade.

Sustainability: Sustainable eating is a trend that began several years ago and is finally taking hold in at least a few segments of the U.S. food market. Because preparing food for consumption uses huge amounts of fresh water and energy, many consumers are beginning to examine the way in which they prepare meals, aiming for less energy and water usage.

“Fat is not all bad” philosophy: With new medical evidence that the “low fat” trend went overboard, there is renewed interest in smaller portions of “good,” non-saturated fats used in food. Natural fats in foods like avocados and nuts provide essential nutrients for brain function and essential energy.

Bowls: Some consider the bowl trend to be gimmicky but it has really caught on in restaurants and homes across the nation. Possibly influenced by the Asian/Buddhist practice of placing an entire, simple meal into a single receptacle, the “one bowl, one meal” concept is taking off rapidly. Chinese and Japanese eateries have long offered meal bowls but now they’re cropping up in traditional American restaurants and even a few fast-food outlets.

Mexican, Caribbean, and Filipino cuisine: These are the three non-American food trends identified by investors as being the biggest winners for 2017, primarily due to their healthy offerings. Authentic Mexican food is nowhere near as heavy and fat-laden as corporate chain restaurants would have us believe. The same goes for Caribbean dishes and Filipino cuisine, both of which have countless meal concepts for those who want to eat right and not pack on the calories.

Waste reduction (and waist reduction): One of the non-food nutrition trends is waste reduction, often coupled with eating less, or “smart” eating. The restaurant industry has already gotten behind this movement by offering smaller portions of virtually every menu item. Gone are the days of super-sizing, at least in the better establishments!

A large part of the waste reduction trend is related to composting, a practice that began long ago but only became widespread among U.S. consumers since the late 1990s. Many restaurants now have written policies for cutting down on waste, whether that means adding to a community compost, donating extra portions to homeless shelters or just giving away extra food at the end of the day.

Note that several of the above nutritional trends are not even foods, in and of themselves, but are practices. Cutting down on waste, eating less, and pondering sustainability are a part of the larger picture of what some social scientists call “new eating.” It’s not about “me, me, me” and getting “my” meal, but considering nutrition, others, the environment and the long-term health of the planet as well as one’s own health.

Trends come and go, so it will be interesting to see which of the above stick around for more than a few years. Not everything can be as big of a cultural behemoth as smoothies, sushi and iced coffee, but there are bound to be a few winners in the bunch.