The Lowdown on Coffee: Good or Bad for Health? - Healthy Living Association

Home / All Natural Foods / The Lowdown on Coffee: Good or Bad for Health?

The Lowdown on Coffee: Good or Bad for Health? 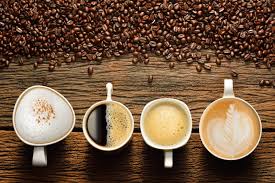 Every week there seems to be a news story about a research study that discovers a fresh factoid about coffee. Headlines range from “Coffee Causes Physical Illness,” to “Coffee Prevents Disease and Prolongs Life.” There’s rarely a middle ground on the topic, probably because billions of human beings drink the stuff every day. What’s the truth about coffee?

Reliable research has produced evidence that coffee, like so many other foods and beverages, has its good and bad points. Heartburn is probably the most commonly cited disadvantage, while protection against certain kinds of cancer and even diabetes are in the plus column.

The Truth about Coffee

The consensus view on coffee in the medical community seems to be that the drink is safe for most people and does not lead to physical problems as long as consumption is kept at just one or two cups per day. At that level, there are several key benefits for overall health. Higher than that, problems like caffeine addiction and related maladies begin to appear.