The Inside Story of the Whole 30 Diet - Healthy Living Association

Home / Diet Plans / The Inside Story of the Whole 30 Diet

The Inside Story of the Whole 30 Diet 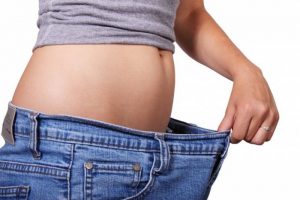 Have you been wondering whether the Whole30 diet might be a smart choice for your active lifestyle? One of the most popular among many currently trendy food programs, aka “diets,” Whole30 has been a major hit on both social and traditional media.

The many thousands who follow the plan swear by its benefits, but that can be said about any diet. What makes Whole30 different? For one thing, its adherents claim not just weight loss but deeper sleep at night, a calmer mental state, and more energy during the day.

Anyone who decides to give Whole30 a try should check with their personal physician first. That’s just common sense. But before taking a huge step like that, be sure to gather all the pertinent facts about Whole30 and see what the experts say. Then, decide for yourself whether it’s worth a try.

The Whole Truth of “Whole30”

A careful look at about a half-dozen medical websites offers a good idea of what Whole30 is, its history and how it is supposed to work. Before starting any diet it’s important to make an objective list of pros and cons, based on impartial sources. Here’s what I found out about Whole30:

A couple named Dallas and Melissa Hartwig developed the Whole30 plan as much more than a diet. They intended to create a lifestyle regimen that could help people change their eating habits entirely and improve their overall health. Though quite detailed, the general outline of the plan involves eliminating many common foods, like dairy, added sugars, sweeteners, legumes, soy and most grains.

For most people, the foods that Whole30 eliminates are the most commonly consumed things in the average person’s refrigerator. The Hartwigs designed Whole30 as a very challenging program. For example, there is no “cheating” allowed. If you do cheat, you are instructed to begin again, at the first day of the program!

The main pros and cons:

Books and Opinions About the Whole30 Diet:

There are two key books on the Whole30 diet, both written by the creators of the plan, Dallas and Melissa Hartwig. The first is probably the most famous one, and the one that got the whole thing started. It’s called “It Starts With Food,” and while it is obviously not an objective source, it does offer a thorough overview of what the diet is and how it is supposed to work. The authors claim that Whole30 can “change the way you eat forever” and “transform your life in profound and unexpected ways.”

The other book is by Melissa Hartwig and is entitled, “The Whole30 Cookbook.” No detailed explanation needed here. It’s recipes for the diet. Both of these books are very well reviewed and even the doubters who left comments on Amazon were not necessarily knocking the diet as much as the difficulty of some of the recipes and the “rules” for adhering to the Whole30 plan.

A more objective, and much less enthusiastic source is the US News panel of experts that evaluated 38 of the most popular “fad” diets. Whole30 came in dead last, at number 38 on the US News listing. Read all about it by clicking here. Some of the results were incorporated into our listing of pros and cons.

What is Your Whole30 Story?

Whether you are a Whole30 expert or just hearing about the diet for the first time, we’d like to know what you think and what your experiences are with diets like this one.

Check out our Facebook page and let us know how Whole30 has worked, or not worked for you. Or, leave your thoughts in the comments section below so we can all become better informed about what succeeds and what doesn’t. Even if you’ve tried another of the popular diets, we’d enjoy knowing about your challenges along the way and what the result was.