Surprising List of “Most Popular” Foods for 2018 - Healthy Living Association

Have you been wondering what the “hot” foods will be next year? As 2017 comes to a close, experts are already compiling what they project to be the most popular healthy food trends for the upcoming year.

A quick glance at modern restaurant menus, wellness websites and best-selling books in the nutrition niche is all it takes to identify key trends in the “good for you” culinary category.

Here are some of the top candidates that are already poised for greatness. Of course, it’s hard to say which ones will stick around and which will be one-year wonders, but each has its own cult of devotees and advocates. 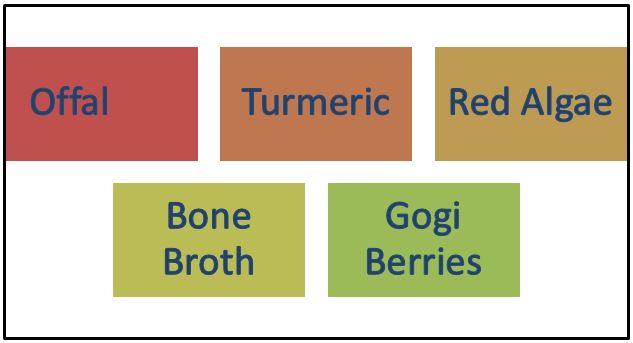 Figure 2: Not all healthy foods are household names

Tilapia: Properly prepared, tilapia (a type of cichlid fish high in nutritional value) is one of the most delicious freshwater fish foods on the menu. Because tilapia has a much milder taste than many other special of fish, and costs much less, it has become one of the top-five best-selling items in U.S. supermarkets. And it’s making a comeback of sorts, after a lull in the late part of the last decade.

Goat meat: Low in fat, high in iron and protein, goat meat is viewed as a smart alternative to beef and other red meats.

Raw Cacao Nibs: These are actually raw cocoa beans, or a part of the bean anyway. Packed with nutrition, flavor, and a pure chocolate taste, retailers have begun offering these delicious little nibs in many forms. Some food marketers think raw cacao nibs will be “the” big retail story of 2018.

Pea Protein: Consumers who want to avoid GMO foods and all genetically modified products naturally choose pea protein as an alternative to the very popular whey variant. It is used in many yogurts and cheeses as a dairy alternative.

Black Bean Pasta: One reason people are flocking to black bean pasta (like moths to a carbon-arc lamp), is that it has a pasta “feel” but tastes like black beans and packs a wallop of protein per serving, typically about 14 grams in a single serving, along with the same quantity of fiber. Black bean pasta might be the star of next year’s grocery game.

Coconut Sugar: People love this stuff, and for good reason. It is not as powerfully sweet as white sugar or cane sugar, and has a mild caramel flavor. That, combined with the fact that in Asian countries it is already common, is what is sweeping it into Western nations rather quickly. As the world becomes smaller by the minute, and everything Asian continues to gain a foothold in the U.S., coconut sugar is surging in popularity.

Insects: Technically known as entomophagy, the practice of eating bugs is widespread in Asia and Africa, and is finally catching on in the U.S. and Europe. People have been eating bugs since prehistoric times, so the practice is not new. It’s just that the cultural barrier in Western nations has been tough to overcome. Some market analysts think that insect-eating might be the next big culinary trend in the U.S.

Bone Broth: Already a star of the food culture, bone broth is essentially any liquid that has been created after simmering animal bones and meat in water. Chicken soup is a common example, but many other types of bone broth are catching on and showing up on restaurant menus everywhere in the U.S.

Goji Berries, aka Wolfberries: Used in teas, soups and as a meal additive in Asia, goji berries have been around since the dawn of time and are finally catching on in the U.S. as a tasty, nutritious food. Due to reported, but so far not proven, medical benefits, goji berries are gaining rapidly in popularity with health food enthusiasts.

Turmeric: Another ancient food, turmeric is one of the fastest rising stars of the U.S. retail market right now due to its ability to fight inflammation and its reported (but not proven) ability to either delay or prevent Alzheimer’s disease. Like every food connected to a possible Alzheimer’s remedy, turmeric has become one of the most talked-about foods of the year, and shows no signs of slowing down.

Offal: Organ meats are, contrary to logic and all rules of marketing, gaining rapidly in popularity due to their touted health benefits, not because of their taste. Always more popular in South America, Europe and Asia than in the U.S., offal meats are indeed packed with nutrients like vitamin B.

Red Algae: A rising star among nutritionists, red algae is loaded with antioxidants, vitamins and minerals. Key to its popularity is the plant’s keen ability to improve blood circulation, a common area of concern for people in developed nations. In addition, red algae has the power to maintain a healthful cholesterol level and regulate the delicate levels of blood sugars. As a food additive, red algae is one of the biggest “food celebrities” heading into 2018.

Avocado Oil: What has healthy fats, reduces cholesterol, boosts heart function, helps the body absorb nutrients, might prevent certain types of gum disease and could work to reduce painful arthritis symptoms? If you answered “avocado oil,” you are correct. Avocado oil is already a retail star but is only getting more popular as time goes by.

Buckwheat Noodles: Another oldie but goodie, an entire generation of consumers is rediscovering this incredible source of manganese, protein, thiamin, and fiber. Plus, these tasty noodles enhance heart health and help regulate blood sugar. Bonus: they’re gluten-free and low in fat. Buckwheat noodle sales are taking off and show no signs of slowing.

Read All About It

Here are some of the better books on the subject, for anyone who wants to upgrade their daily meal quality. The first entry is one of the most popular common-sense eating guidebooks on the market, while the second offers a cardiologist’s system for incorporating healthy foods into a daily meal plan:

The Whole30: The 30-Day Guide to Total Health and Food Freedom

The suggestions in this book are primarily for people who want to lose weight and continue eating healthy foods for the rest of their lives. Anyone who is already happy with their body weight can still gain a lot from “The Whole30” guidebook and recipe trove.

The menus are anything but common, and the results are delicious, nutritious and wonderful to look at. The husband and wife writing team created something of a healthy-eating craze several years ago when the prequel to this book came out. It was called “It Starts with Food,” and was an international sensation because of its sound advice, tasty recipes, and uplifting philosophy.

The Whole30 covers every conceivable food category, and cleverly incorporates hundreds of nuts, berries, seeds, turmeric, and goji berries into some of the recipes. The book is such a breakthrough because it offered much more than the tired old “food pyramid” and boring recipes. This is what healthy eating should be: fun, interesting, and nutritious.

There’s even a section on a 7-day meal plan to simplify the process. Beginner cooks might be challenged by some of the more elaborate recipes, but there is plenty in The Whole30 to appeal to those who are non-expert level kitchen wizards. If you want to get serious about healthful eating, with or without an interest in losing weight, this book is the best place to start.

For those who respect the voice of authority, here is a book that delivers the goods. Dr. Montgomery is a cardiologist and author who effortlessly offers up his recipes, ideas, logic, and theories about how eating is the source of all good and bad health.

The optimistic side of that coin is his key message: We can all improve our health by eating right, cutting down on chemical-laden junk, incorporating more nuts, berries, seeds, and non-traditional food items into our diets. The doctor lays out his case with clarity and simple logic. He explains how Americans face heart disease and cancers, many of which could be prevented by simply paying more attention to what they eat.

Diabetes, heart disease, dozens of types of cancer, stroke, and even migraine headaches are, according to the author, a direct result of what we ingest, both in liquid and solid form. It’s a given that he warns about the dangers of smoking and excessive alcohol intake, but his advice about “heart-healthy” and “brain-healthy” foods is an eye-opener. The recipes are both educational and easy to follow, and are guaranteed to be nutritious.

People who like to stay on top of the latest food trends would do well to add this book to their collection of health/wellness volumes. It makes a handy reference and doubles as a cookbook. It’s hard to go wrong when a cardiologist is helping you with dinner!

So maybe goat meat isn’t everyone’s cup of tea, but more mainstream selections from the list, like macadamia nuts and buckwheat noodles, have actually been around for hundreds of years and are only now making a comeback.

So many U.S. consumers are delving into the realm of healthy eating that every year brings new surprises, a few flash-in-the-pan fads, and a handful of foods that end up in millions of cupboards are refrigerators year in and year out.

Let us know about your food preferences in the comments section below, or visit our Facebook page and tell us your thoughts about the best trends in health foods. It’s always educational to exchange ideas and see what people like to eat in order to stay healthy.