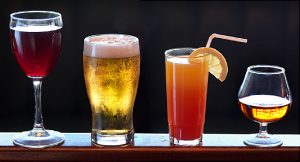 There’s probably been more misinformation distributed over the years about alcohol than any other substance that humans consume. Even the sugar, salt, coffee, and cholesterol controversies of the past generation are dwarfed by media coverage about the pros and cons of alcohol consumption.

For people who are not addicted to the stuff, beer, wine and hard liquor are a way of life. And aside from the few who abstain for religious or health reasons, people love their drinks, social visits to the local bar and all the celebration that surrounds the substance known as alcohol. But how safe is it? Here are some of the central facts, and busted-myths, about alcohol:

Sobering statistics: About one-third of all people will become alcohol addicts sometime in their adult lives, yet only about one-quarter of those problem drinkers will ever seek help, according to the National Institute on Alcohol Abuse and Alcoholism.

For moderate drinkers who aren’t apt to become addicted, alcohol offers few benefits and many disadvantages.