How U.S. Healthcare Will Look One Year From Now - Healthy Living Association

Home / General Health and Well Being / How U.S. Healthcare Will Look One Year From Now

How U.S. Healthcare Will Look One Year From Now 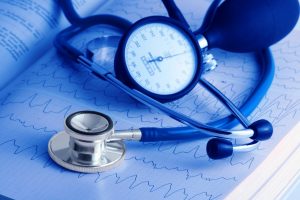 The U.S. healthcare scene is in a state of complete uncertainty. The minute President Trump took office, he indicated in his inaugural speech that he intended to repeal and replace the Affordable Care Act (ACA), commonly known as Obamacare.

Within weeks, members of Congress, presidential aides, the courts, the media and big business interests were scrambling to make sense of a chaotic situation. Only one thing was relatively certain: the ACA and its mandated coverage provisions will not last out the year. What ends up in its place is anyone’s guess at this point, but there are four different scenarios that have a high probability of ending up in the mix.

One is a plan by Rep. Paul Ryan, Speaker of the House. Two others are creations of Bill Cassidy and Susan Collins, while a fourth is Sen. Rand Paul’s “Obamacare Replacement Act.” There will likely be a few more, with at least one or more ending up as the favored choices of President Trump.

The Alternatives to ACA

Most of the plans under consideration maintain at least some form of insurance for pre-existing conditions, but do not force citizens to opt into or out of a specific health care policy. In other words, the so-called “mandate” portion of Obamacare’s ACA will likely be eliminated under any of the major proposals.

While all the plans on the table tinker with what health insurers in the private sector can and can’t do, the key differences between the ACA and its potential replacements is in two main areas: the ability of consumers to purchase plans across state lines, and the existence of Health Savings Accounts that allow for individuals and families to set tax-free funds aside for any health-related costs they incur, not including monthly premiums.

There is much debate in Republican circles, and among those closest to President Trump, about whether new healthcare plans will be actual “replacements” of the ACA or a mere reworking of it.

The likely answer to that question is this: Trump is almost certain to get his wish of eliminating the ACA as it exists, mainly in its mandate power, which includes IRS enforcement and tax penalties. What transpires under the Trump administration could be a sort of reversion to pre-ACA free-market healthcare, but with more, or different kinds of, government regulation of the industry.

Only Senator Rand Paul’s proposal is a total replacement of the ACA, while most of the other plans would allow individual states to keep Obamacare/ACA if they want it. But because the ACA only had any real efficacy as a nationwide plan, if just one or several states opt to keep it, that could be problematic at best.

Because so many doctors and individual plans either opted out of the ACA “marketplace” (which is in essence a government-controlled monopoly with only three products on its shelf) or dropped high-cost clients, few Americans who liked their physicians and private plans were able to keep them.

Plans in the Mix

Tom Price: Tom Price, now Secretary of Health, put forth the “Empowering Patients First Act,” for the president and Congress to consider. It offers generous tax credits and lets anyone opt out of the ACA. Price’s plan also consists of health savings accounts, employer-sponsored coverage, coverage for pre-existing conditions, and the ability for any citizen to buy plans across state lines.

Republican Committee: The Republican Study Committee’s plan is almost a mirror image of the provisions in Ryan’s and Price’s proposals, but with tax deductions for individuals and families along with the health savings accounts.

Burr-Hatch-Upton: The Burr-Hatch-Upton Act is another version of the above, with slight differences in dollar amounts for deductions and employer-sponsored coverage.

Rand Paul: Senator Rand Paul’s “Obamacare Replacement Act,” is the most blatant, and detailed, ACA substitute. Everything Obamacare is or was, the Paul plan is not. His proposal drastically expands the use of health savings accounts. It also allows individuals to buy insurance policies through their churches and other private/civic associations. Notably, the Paul plan does not force insurance companies to offer coverage for pre-existing conditions. Of all the healthcare plans that are in play, Paul’s would be the biggest change to the current ACA scenario.

Critics of the Republican proposals often say that there is nothing at all new in them, that they are merely a reversion to what the system was like before Obamacare/ACA came along.

Those in favor of replacing the ACA note that every new proposal includes something that did not exist before, namely coverage for pre-existing conditions for those who maintain continuous coverage. That was what locked so many people out of healthcare coverage and what the ACA was intending to correct.

The Trump team suggests that the ACA went too far by essentially nationalizing the healthcare industry. Each of the new proposals appears to have provisions that would let consumers decide who to purchase insurance from, and allow them to cross state lines to do so.

The latest reports from the White House and key players in the healthcare reform debate suggest that the general outline of all the replacement options will be made public by the end of the first half of 2017, or perhaps much sooner.

It is a near certainty that the final version of the ACA replacement will include the ability for consumers to purchase plans from any state they choose, allow for at least some level of pre-existing conditions, expand health savings accounts, and get rid of the IRS-enforced mandate for citizens to purchase health insurance.

As of early 2017, each new day brings fresh news about how a finalized healthcare plan might look. It is quite possible that Obamacare will merely be eliminated and anyone who has signed on will have to revert to their old health plans, i.e., the free market system that was in place pre-ACA in which citizens were free to buy or not buy health insurance, and to purchase it from a provider of their choice.

A far more likely end to the drama will encompass some amalgam of the several plans already being floated by the issue’s key players. The best strategy, if there is such a thing, for consumers is to keep a close eye on healthcare news and understand what purchase options will be available.

For more information: The complete source of the current ACA is located at the “Obamacare” website, Healthcare.gov. To see how the IRS currently treats reporting requirements for healthcare, the official Internal Revenue Service site offers an extensive discussion of the finer points of that law.