Could This Be A Cure For Diseases Like Alzheimer’s? - Healthy Living Association

Home / General Health and Well Being / Could This Be A Cure For Diseases Like Alzheimer’s?

Could This Be A Cure For Diseases Like Alzheimer’s? 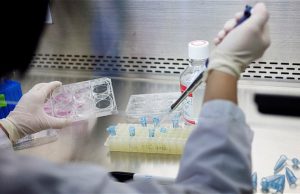 Nearly everyone would agree that those diseases that cause the most trouble for people seem to be increasing. Diseases like Alzheimer’s, Parkinson’s, and other forms of dementia. They rob people not only of their ability to do things, but, maybe worst of all, their ability to remember and recognize loved ones.

What if there was a medical treatment that showed promise of changing these kinds of diseases so that the person’s physical and mental abilities were returned? What if this same treatment could cure diabetes and repair heart muscles after a heart attack and regrow blood vessels and even help those with severe damage to their brains and spinal cords repair that damage?

Such a medical treatment is being investigated right now.

Ever since the development of the microscope and physicians being able to see cells, germs, bacteria, and viruses, they have been pursuing ways to treat and/or cure these kinds of illnesses and injuries.

In 1960, what has the potential to become a significant medical breakthrough came about. This is the year researchers began harvesting adult stem cells from bone marrow. In 1998, they began cultivating embryonic stem cells.

What Are Stem Cells?

Stem cells from Embryos are formed during a very early stage of development, most of the time about the first 3-5 days after a human egg is fertilized. These stem cells are genetically programmed to turn into whatever type of cell the developing baby needs. The scientific term for this ability is totipotent, the ability to become any type of cell.

Stem cells from adult tissue are found in several places in the body. These stem cells can remain dormant in the body for years until stimulated to begin reproducing by disease or tissue injury. Typically, these stem cells will only reproduce the types of cells in which they are found, an ability called unipotent. But adult stem cells also have the ability to continue reproducing themselves, guaranteeing a continuing supply.

Recently, researchers have been able to genetically reprogram some adult stem cells to act almost like embryonic stem cells. That is, they’re able to develop into many other types of cells. These are called pluripotent stem cells.

Some stem cells have been found in the amniotic fluid that surrounds a baby in the mother’s uterus, also. These are called perinatal stem cells.

How Can Stem Cells Be Used?

Researchers and scientists are interested in stem cells for better understanding how the human body develops in the womb. While this is a beneficial reason for study, the application of stem cells in humans shows very real promise in the treatment of numerous physical conditions, also.

Rebuilding of Organs and Tissue

One of the major ways stem cells can be used for benefit is by rebuilding damaged tissue in the body. For example, for those needing an organ transplant in order to survive, the waiting list is often too long. There are far fewer organs available than are needed.

If stem cells can be stimulated to regenerate the cells needed to grow a new organ, the waiting lists for transplants could be eliminated. And, if the stem cells came from the person’s own body, there would be no need for medications to stop the body from rejecting the new organ.

For those who have had heart attacks, the use of stem cells to regrow new muscle tissue in the heart has great promise.

In some of the major brain diseases, such as Parkinson’s and Alzheimer’s, there is significant damage to parts of the brain that lead to the symptoms of the diseases. Using stem cells has the potential to re-grow those brain structures and relieve the symptoms. This use of stem cells could provide these sufferers with much greater quality of life.

Stem cells could potentially be used to help some organs reproduce cells that die or stop working. One example would be injecting stem cells into the pancreas to stimulate it to begin producing insulin in those suffering with diabetes.

For many years, stem cells from bone marrow have been used to regenerate healthy blood cells in people who have leukemia or sickle cell anemia. The procedure needed to harvest these stem cells is invasive and painful. Scientists are hopeful that stem cells from amniotic fluid can be used for this purpose instead.

Stem cells have been used already in the process of testing the effectiveness and safety of new drugs. This allows scientists and researchers to check whether these medications may be more harmful than beneficial for humans.

As in all areas of research that use humans either as providers or recipients of the researched product, there are controversies with stem cells and their use.

One of the concerns of many people centers around the use of embryonic stem cells. There are those who believe life begins at conception. With this in mind, removing the stem cells from even the earliest stage of a fertilized egg is destroying a human being. Thus, this kind of use would be unacceptable.

Another concern involves the claims that are many times used by those in the market to make money off of other people’s problems. With the apparent success of stem cells in the treatment of some conditions, some providers make the case for these cells to be the ‘magic bullet’ that will cure any and all illness conditions or injuries.

Because people with serious illness conditions may be willing to try anything to get relief or ‘cures’, they jump on these claims and pay sometimes outrageous amounts for these treatments. Many times, the results are either of no benefit to the sufferer or may even make their conditions worse.

Science in general is making tremendous leaps in research and application. Nowhere is this more apparent than in research involving stem cells. The future of stem cells and their use appears to be an open field.

Recently, researchers in Edinburgh, Scotland, developed and successfully used a 3-D printer to make working stem cells. Living embryonic stem cells were produced by this printer. Over 95 percent of the cells were still alive and able to work twenty-four hours after being printed. Three days later, 89 percent of them were still alive and able to reproduce.

The results of research into stem cells is promising for application in many biomedical uses. There may come a time when a person’s own stem cells can be harvested and programmed to develop the specific types of cells that person needs to overcome an illness or injury. That day is off in the future currently.

Stem cells have been successfully used for some applications for years. This success and the promise of future success has led many people to believe these cells can be the cure for any and all conditions. Unscrupulous providers here and abroad have jumped on the bandwagon to make money with false promises and failed applications.

Those who would hope to benefit from treatment with stem cells should be aware that research is ongoing and nowhere near finished. The federal Food and Drug Administration warns people to use only those providers approved by the FDA for treatment and only for those conditions which research has shown effectiveness.

Ongoing research into stem cells may provide substantial benefits for people who suffer from many serious illness conditions. At this point, the future looks promising. Especially when it is teamed up with advances in bioengineering that will increase the potential benefits for everyone.

Stem cells may not be the ‘magic bullet’ that people are seeking, but they clearly have great potential for the good of humans.

What are Stem Cells?  https://www.medicalnewstoday.com/info/stem_cell

Stem cells: What they are and what they do  https://www.mayoclinic.org/tests-procedures/bone-marrow-transplant/in-depth/stem-cells/art-20048117